HOW MUCH HOMEOWNERS WILL SAVE FROM INTEREST RATE CUTS 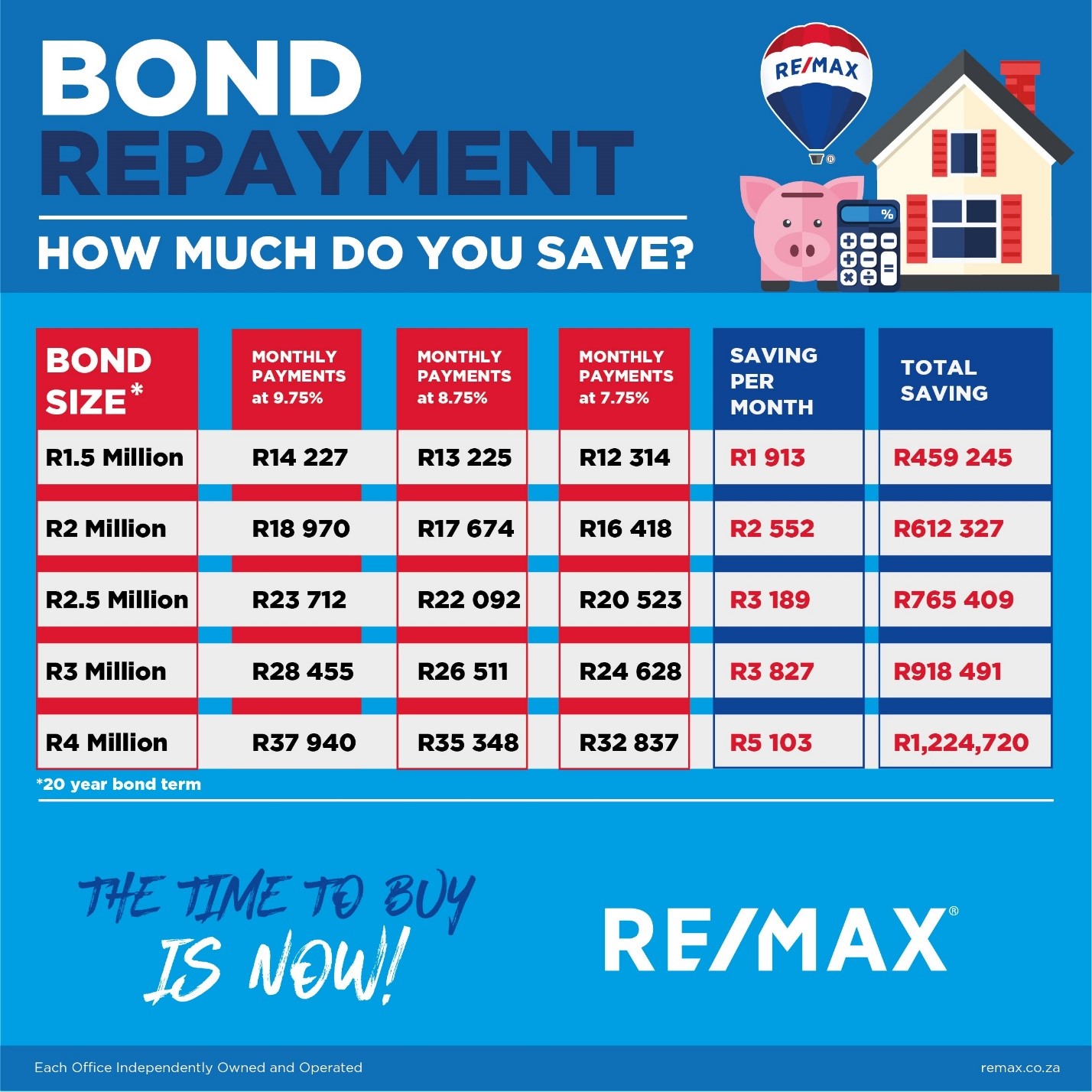 At just 7.75%, interest rates are at the lowest level since 1973. This makes it easier for homeowners to afford the repayments on their home finance.

To provide a simplified example of how much a homeowner stands to save, assuming interest rates change on the first of each month, a new homeowner who takes out a R1 million home loan on 1 Feb 2020 at an interest rate of 9.75% and a loan term of 20 years will pay R9,485 on monthly instalments, with a total interest payable over the lifetime of the loan of R1,276, 440. Assuming the interest rate drops to 8.75% on 1 April and then to 7.75% on 1 May, the homeowner would save around R1,275.68 on their monthly repayments (which now amount to roughly R8,209) and around R298,400 on the total interest payable. If they left their repayment at the original R9,485, they would save R579,135 in interest over the remaining life of the loan. The loan term would also decrease by five years.

“Homeowners should note that the interest saving and impact on loan term would be less if the homeowner was further into their home loan term rather than being at the beginning stages of the loan term, as the interest portion of the monthly repayment is highest at the beginning of the loan term and slowly decreases as more and more of the bond is paid off. This is attributable to the power and effect of compound interest," explains Adrian Goslett, Regional Director and CEO of RE/MAX of Southern Africa, CEO RE/MAX SA.

“If there is a further drop in interest rate by, say, another 125 basis points (as many economists predict) which becomes effective on, for example, 1 July, this would drop the monthly repayment by a further R753 to R7,456, and save the homeowner a further R172,978 in total interest. They stand to save a total of R754,258 on interest charges should they choose to keep their repayments at the original amount throughout the rate cuts.”

“My advice to homeowners would be, therefore, to keep their repayments the same as they were before the interest rate cuts if they can afford to do so, as this will allow them to save greatly on interest costs and shorten their lending term,” Goslett concludes.