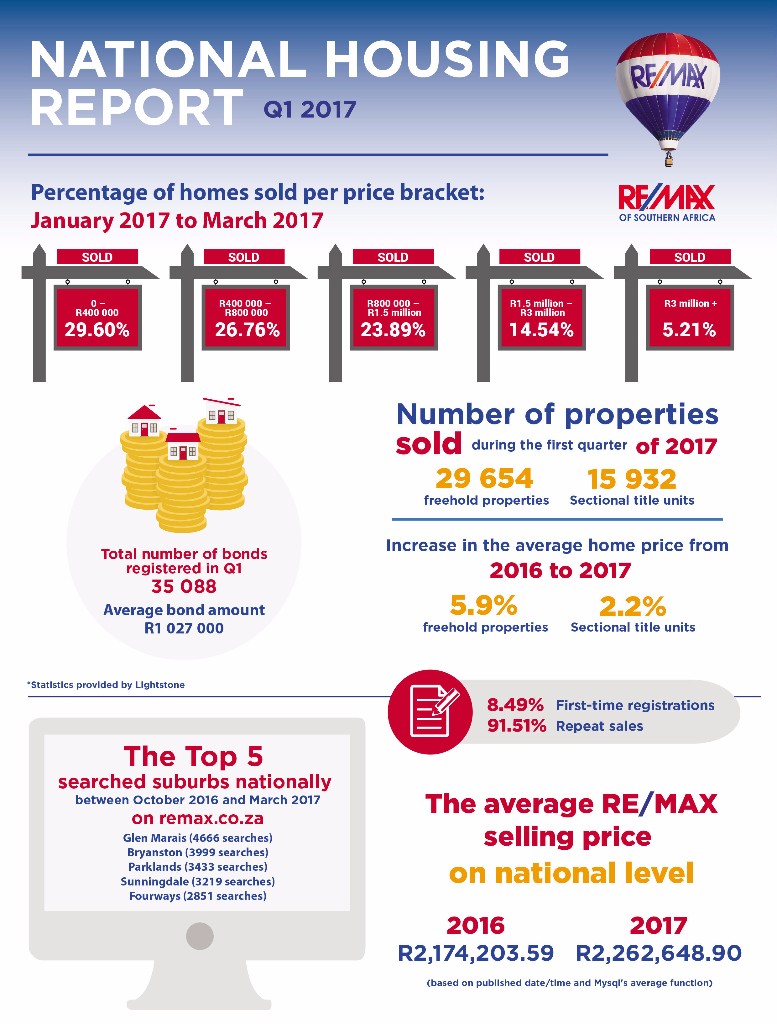 According to Deeds Office data, 35 088 bonds were registered from January to March this year, with the average bond amount at around R1 027 000. It is interesting to note that during this same period the statistics revealed that 45 552 bonds were cancelled. 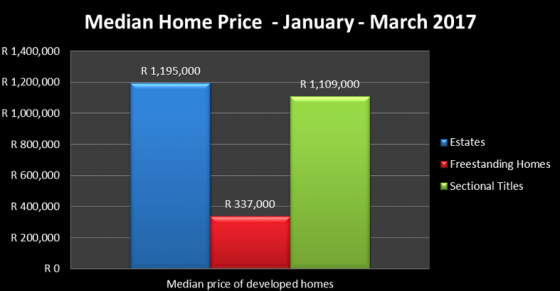 Housing statistics from Lightstone, a property information and statistic provider, reveal that the largest amount of sales traffic in the property market was from homes priced below R400 000. This price bracket accounted for 29.60% of property sales in the first quarter of this year. “The data brings to light the high demand for affordable housing in South Africa, a sector of the market that continues to thrive,” says Goslett.

Properties priced between R400 000 and R800 000 accounted for 26.76% of the sales, while those priced between R800 000 and R1.5 million made up 23.89% of the country’s home sales during the first three months of the year. Homes priced from R1.5 million to R3 million represented a 14.54% share of the market, while properties with a price tag above the R3 million mark, accounted for just 5.21%. “It goes without saying that as the home price bracket increases, the target audience that would be able to afford the home decreases. As the statistics reveal only a small percentage of the population is buying homes for R3 million or more,” adds Goslett.

Goslett notes that around 8.49% of property transactions in the first quarter of the year were first-time registrations, with the remaining 91.51% repeat sales.  While only a small percentage of sales are first-time buyers entering the market, consumers still hold homeownership in high regard and are eager to get their foot in the door despite challenging economic circumstances. Approximately 72 771 people purchased a home for the first-time in 2016, which was 32 941 buyers less than the previous year - proof that the higher cost of living is taking its toll on prospective homeowners. The majority of first-time buyers were between the ages of 26 and 40 years old. However, consumers over the of 70 and below the age of 20 years old purchased property for the first time in 2016. Suburbs most in demand for this demographic of the market are in Gauteng and the Western Cape, close to the respective economic hubs of Tshwane, Johannesburg and Cape Town.